10 Most Expensive Cars in the World

If you wanted to break down the world we live in into one of its most simplistic forms, everything we do, buy, eat and use falls into either one of two categories; want and need.

For example, let us assume that you live in a part of the world that experiences all four seasons. If that is the case, then you probably own a coat, some sweaters and pants. This should be of no surprise, as living in such a climate, there is a ‘need’ to be able to stay warm and go outside. And yes, while the brand, make, style or material might vary, and in doing so the price, anytime you go above and beyond basic function, it becomes a want.

Let me give you another example. Everybody eats, or at least that is the assumption we are going to make. Now, a person can receive all the fundamental benefit of eating (energy, nourishment etc) from preparing a humble meal at home as they can going to a fancy restaurant at a fraction of the cost. Now, arguably one might say that one tastes better, however, that again, is going away from the need and back into the want. You need to eat, but nobody said anything about it having to taste good.

Examples like these can be found throughout our society and in many ways it is a living symbol of how far we have progressed as a species. From food to fashion and yes, even the automobile, the game has been elevated over the years; taken from pure function and the ability to fulfil a need, to morphing into what can only be called an art form.

In its simplest of a form, a car is merely a self propelled vehicle that is intended to take you and whatever you happen to have with you, from point A to point B. And while at its core, every car does still do this, there is a completely other category of automobile, one that makes transportation almost seem like an afterthought.

What I am referring to is the super-car, the most expensive rides on the planet and the ones that for the other 99 percent, we will only fantasize about. And while unquestionably the automobile market is flush and has something for everyone in every budget, most of our budgets for a new car wouldn’t even put a dent in the sticker price of some of these road warriors.

Just to be clear, we are not looking at classic or famous cars, no, for the last would be long and varied if we did. Instead we decided to focus only one recent and more specifically, road-legal production vehicles, because after all, if there isn’t even just the slightest chance of it happening, it isn’t nearly as fun to dream about driving these 10 most expensive cars in the world.

Unless you are a car fanatic, or simply just an avid fan, the name Koenigsegg might not mean anything to you, however, I think we can also assume that you probably don’t fall into their core demographic, which will become clear shortly.

The company was founded in 1994 in Sweden by Christian von Koenigsegg, who had one vision in mind - to make a world-class supercar; and the critics have spoken; he succeeded.

8 years after its inception, Koenigsegg developed its first street-legal production car, and in 2006 Koenigsegg began production of the CCX, which uses an engine created in-house especially for that vehicle.

The CCX is street-legal in most countries, including the US. But what really sets this car apart?

Koenigsegg developed a unique coated fiber solution for the Trevita program that transformed the fibers from black to a sparkling, silvery white. When sunlight hits the Trevita, it sparkles as if millions of tiny white diamonds are infused inside the visible carbon-fiber bodywork. The result is a car that both BBC Top Gear and Forbes magazine call the most beautiful car in history. And with a $4.8 million dollar price tag, we would hope so. 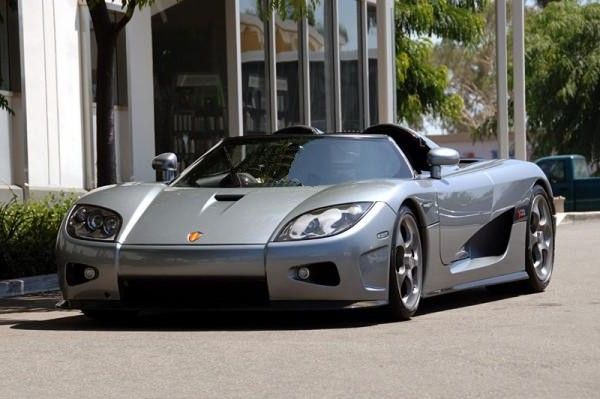