16 of the Most Infamous Cars in History

When you were 16-years old, what was the most important thing in the world to you? Without getting too assumptive, or wanting to delve into your life too much, we are willing to bet that getting your driver’s license was number one on your list(top three, at least). And from there sprouts thoughts of your first car, and you imagine all the things you would do and places you would go. Yes, driving was very important to most of us back then, much like it is today for many of us in our day to day lives. However, cars are simply intimate objects, some better than others, and while some cars reach fame for being unique, beautifully designed, or powerful, there are others who reach infamy by the people who drove them or the events that happened in them.

Cars driven by criminals, dictators, mobsters, rocks gods, and movie stars. Cars that were present or played a role in events that changed the course of history, or at the very least, captivating the world’s attention. And while many of these events and people were important in their own right, it is impossible to recount them without also thinking about the car that they drove. So on that note, allow us to present to most infamous cars in history.

If you are going to talk about rock and roll music, it would be wrong to not talk about the Rolling Stones, however, like most rock and roll acts, their fame isn’t limited to their music. The year was 1967, and Keith Richards was facing some potential prison time for drug possession in his native England. Looking to forget about his worries, he, bandmate Brian Jones and his girlfriend Anita Pallenberg decided to take a holiday in Morocco. And for the trip, Richard’s decided to have his 1965 S3 Bentley Continental Flying Spur aka “Blue Lena” (named after jazz singer Lena Horne) shipped over so they could drive it back to England. The trip didn’t go according to plan.

Along the way, Richards was to discover the Jones was savagely beating Anita, and one night after Jones was passed out from a drug fuelled bender, he took Anita and hop in his Bentley to steal away into the night. By the time they reached Spain, the two had already consummated their budding relationship in the backseat and would go on to have 3 children together. Jones would later be found dead in his swimming pool, murdered by one of his groundskeepers. 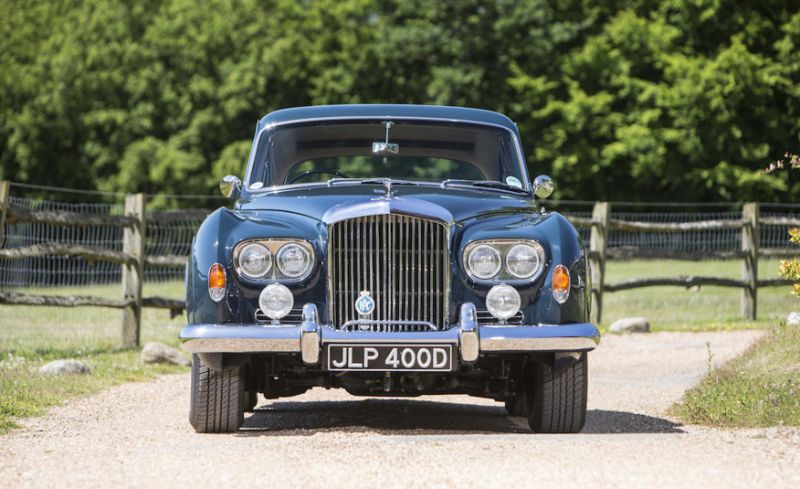