16 of the Most Infamous Cars in History

What was touted as ‘the trial of the century,’ many of you are probably familiar with the events of June 17, 1994. Famed NFL football player, actor and generally beloved personality OJ “The Juice” Simpson was accused of the horrific murder of his ex-wife Nicole Brown and her friend Ron Goldman. Now, the accusations against a celebrity for a crime are nothing particularly new, however, what happened next was.

After issuing a statement of his innocence, OJ decided to flee the police in his 1993 white Ford Bronco - at 35mph. What followed was a hilarious (in retrospect) pursuit of 20 police cars and 20 helicopters following a man driving under the speed limit down an Orange County highway. And to add more drama to the chain of events, OJ had a gun to his head during the ordeal, threatening to kill himself. When it was all said and done, Simpson was eventually apprehended, but not after regular broadcasts were interrupted and 95 million viewers tuned in. Since then, it seems the life of OJ Simpson and the Ford Bronco are forever intertwined. 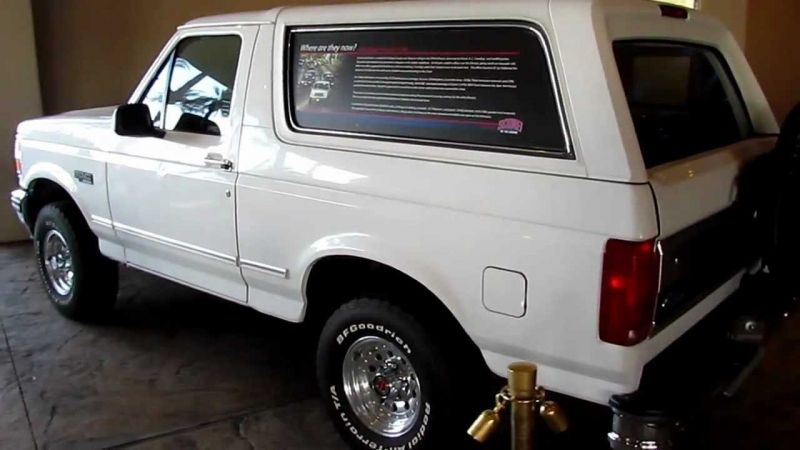 Previous 2 of 16 Next
Advertisement