5 Things Every Muscle Car Must Have

Dating back to the 1960s, the concept of the “muscle car” originated in America. When automakers shoehorned huge, high-performance engines into what had previously been mass-market consumer cars while keeping prices affordable for everyday buyers, the resulting vehicles took off like wildfire. Though today’s muscle cars have matured somewhat into more-drivable machines with modern comfort and safety features, they still share a few key virtues with their classic Detroit namesakes.

A large-displacement, high-powered V8 stands atop the list of a muscle car’s defining characteristics. When the Ford Mustang, Chevrolet Camaro and Dodge Challenger made a resurgence with buyers during the late 2000s, American automakers knew that nothing less than a V8 would do. Each of these cars, as equipped for 2015, features at least 5.0 liters of displacement and greater than 400 horsepower. The all-new Dodge Challenger SRT Hellcat is the brawniest of them all, its supercharged 6.2-liter Hellcat V8 bringing 707 horsepower and a 199-mph top speed. 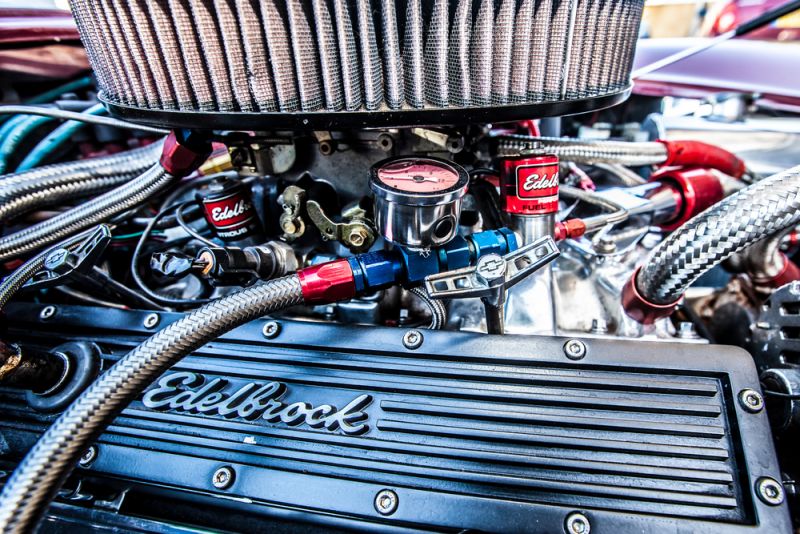