The 10 Vehicles in the Donald Trump Car Collection

Following the lead of all billionaire playboys, Donald Trump has amassed an impressive collection of expensive cars. Few of these vehicles get much of a workout. As we all know from forced Donald-watching for many years, Mr. Trump is so often chauffeured or flown in one of his personal jets, he can have little time for driving. So, in case he decides he wants to cull the herd a bit, it may be helpful to become familiar with some of his stock so you can jump in with an offer.

1. Rolls-Royce Phantom: Not a Mirage

You can't expect someone who loves vehicles as much as Donald does to be satisfied with a single Rolls-Royce. These hand-made, British rides come in so many styles and with such variable features, that Mr. Trump may well have a wing of his garage dedicated to housing them.

The Phantom is not a low profile car, though that has never been a problem for Donald Trump. There is no confirmation on what color he selected for his phantom, but with 44, 000 colors available, even the demanding Mr. Trump must be satisfied. The voice activated navigation system may, by now, be as used to the voice of The Donald as the many viewers of The Apprentice are. 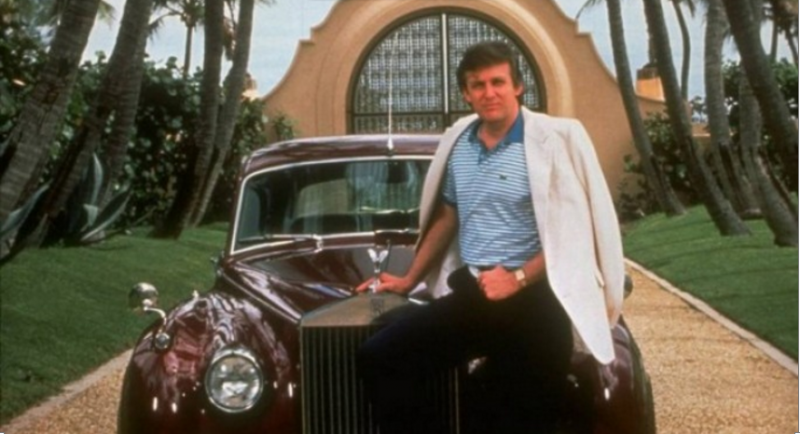