In order to truly appreciate the fine and heritage/history filled sport of automobile racing; you first need to delve in its rich history, one in which the specifics are often to be found to be surprising.

History shows us that it wasn’t long after the invention of the gasoline- (petrol-) fueled internal-combustion engine in the 1880s that people began to race their vehicles. In all fairness, however, the first organized events ever recorded were effectively reliability tests, aimed at proving that what was at the time, a new invention, was a practical and reliable mode of transport. However, it wasn’t long after that where speed became the main attraction.

It was in 1895 that the first true race was held, and it took place from Paris to Bordeaux and back in France – a distance of 1,178 km. The winning car averaged a paltry 24.15kph, however at the time, that was fast as lightning.

Later that year the first organized race would be held on the other side of the pond, with an 87-km race from Chicago to Evanston, Illinois being held on Thanksgiving Day. Both this race and the one in France were sponsored by newspapers as a promotional event, how it quickly captivated the attention of the world, and a new sport was born.

Within 5 years of that first race, race cars were going almost 4 times the original speed, and with that came the inherent problems of racing on roads that were filled with spectators and livestock that were ultimately not made for racing on. In order to combat this problems, countries all over Europe began to create their own national clubs and compete against one another. This quickly became a source of national pride for many countries, and in this pride was born the era of the race car driver.

Most of us can drive. Some can even drive well. But a very few can truly control their vehicle in a manner that deserve the title of race car driver. Regardless of your league, class, or specs of your ride, being able to meld into the driver seat and make a machine as responsive as your own limbs, is most defiantly something worthy of praise.

Since the inception of racing cars, there has always been a few individuals who stand out among the rest and rise to the top of leaderboard. These individuals can drive as well as most of us can walk and talk, and it seems to come so naturally to them, when in reality, there is much science and skill involved.

Needless to say that though out racings rich history, many such drivers existed and quickly became household names and the stuff of legends. But who exactly where these masters of the asphalt and what separated them from the rest of the pack? Well wonder no longer.

Thankfully, we have done the hard part for you and sifted through the history books in order to provide you with the 10 greatest race car drivers of all time.

A.J. Foyt, AKA, “Super Tex,” is an retired American automobile racing driver who has competed and race in numerous genres of motorsport. His racing accolades include competing in the United States Automobile Club Champ cars and midget cars, NASCAR and USAC as well as he is the recording holder for career wins in the USAC with 159 victories and 67 in American championship racing.

Super Tex is the only driver to win the Indianapolis 500 (which he won a total of four times), the Daytona 500, the 24 Hours of Daytona, and the 24 Hours of Le Mans. Foyt won the International Race of Champions all-star racing series in 1976 and 1977. In the NASCAR stock car circuit, he won the 1964 Firecracker 400 and the 1972 Daytona 500. Foyt survived three major crashes that caused serious injuries, and narrowly escaped a fourth. Foyt’s success has led to induction in numerous motorsports halls of fame. 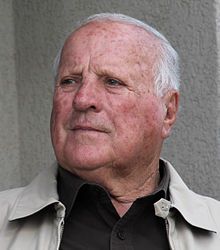