Carmakers took a lot of flak during the 1990s for the SUV craze, where buyers were sold on bulky truck-like vehicles with off-road capability they’d probably never need. Enter the crossover, with vehicles like the Nissan Murano and Lexus RX paving the way. These combine a carlike ride with the commanding driving position and extra cargo capacity SUV owners crave.

Now this new breed of SUVs, which ride on quieter uni-body platforms and usually feature efficient four- and six-cylinder engines, has taken over the market. Here’s 10 of the top models available this year along with a couple key reasons why each deserves to make the cut.

Ford's own Explorer outsells the Flex 9 to 1, and we think that's a shame because the Flex has around the same amount of interior space with so much more personality. This is the softer side of the crossover spectrum, almost minivan-like, but the Flex's retro styling and well-thought-out interior make it a great choice for families who want to stand out from the crowd. In recent years, the available 3.5-liter turbocharged EcoBoost engine with 365 horsepower makes this grocery getter one of the quickest "sleepers" around. 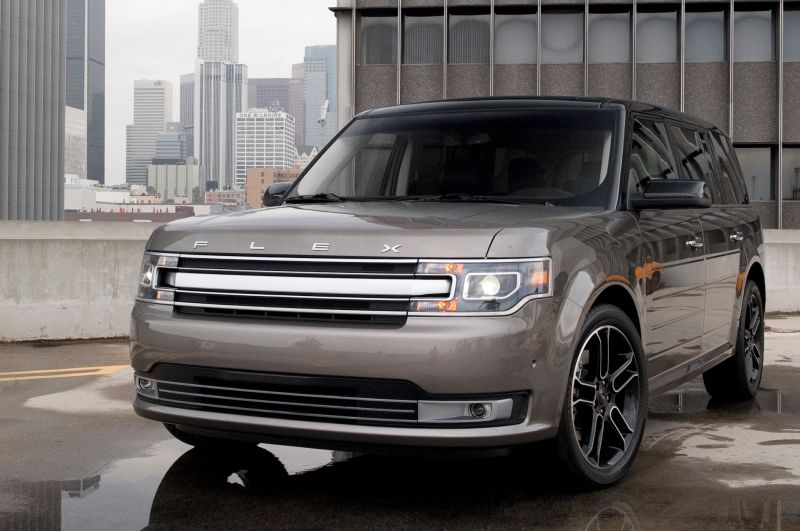